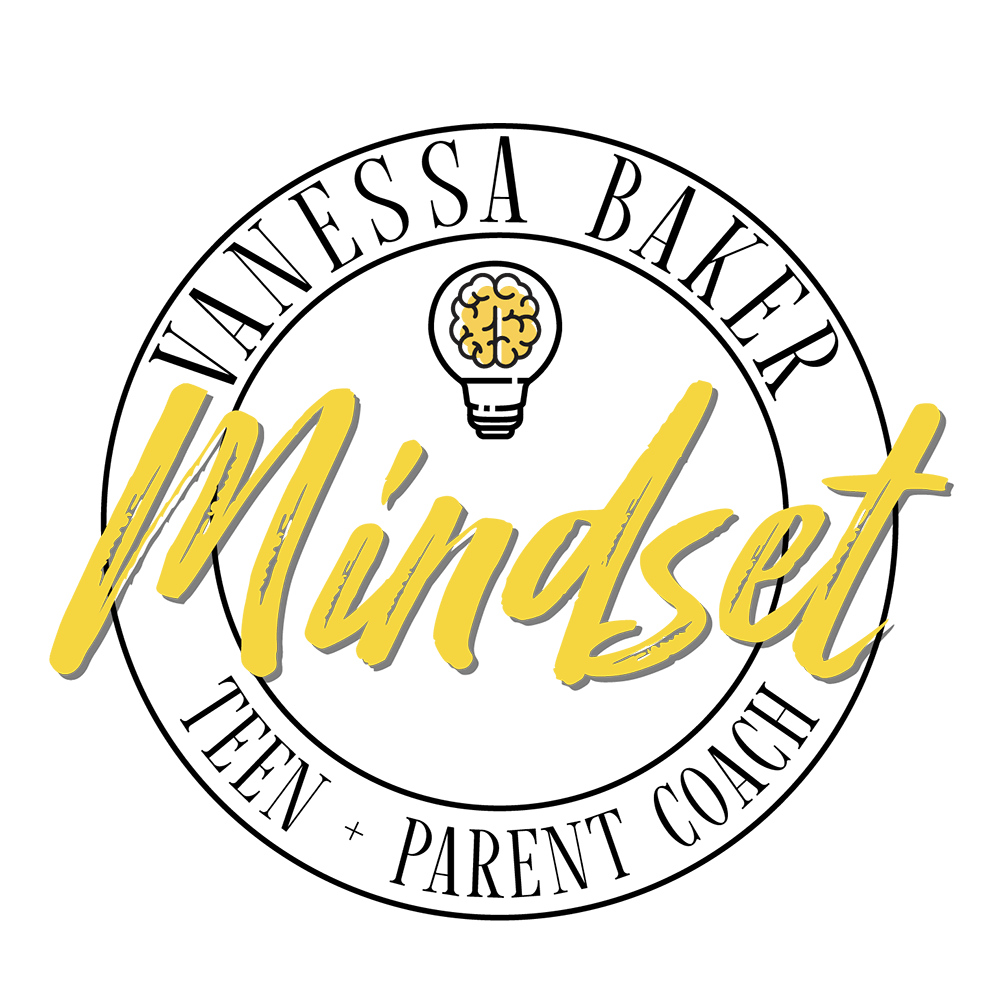 This is a transcript of the live training I did in my free private Facebook group called: Vanessa Baker Mindset: From MEAN to REAL CLEAN Join me there for lots of trainings and offer lots of daily, free, helpful stuff!!

Okay, well get it out. Okay. Good morning. For me it might as well be afternoon because my wife is not feeling. Okay, I'll turn I'll turn because the sun is ice. We've got Ben again with us today. But we're back in Arizona, we drove home yesterday, my wife is experiencing some terrible ulcer problem. Let's go home. And so I'm, I've been, she woke up with that problem, which woke up Ben and every now and then he won't go back to sleep. He, me and Ben, we've been up since 3am. Can you say 3am? Now at 743. So, like our lunch or something? Okay, then.

So I'm here. Can you drink this for me, please? Okay, I'll see if I can do this with him. I really want to do this on. You know what today is about acceptance? Don't you think that's super appropriate? Because if you think about it, I've had a slew of things that I really feel like are wrong happened to me today. To me today. And one is is cramps, Bagel cramps. Yesterday, I said, I have cramps. And Ben goes, I want cramps. So it was so fun. And then the second thing is I didn't get nearly enough sleep. Although I did turn in before 10pm, which was good, because I ended up only getting I get God a whole seven hours or so.

So I'm so Okay, remember this, God, grant me and you can use anybody there instead of God, the serenity to accept the things I cannot change. So let's just stop right there. I'm thinking that acceptance is a huge opportunity to conserve energy. Because there are things that we cannot change. A lot of things that we think we can change that we cannot change, and we waste a ton of energy. All right, I'll turn back. We're going to go home a weird way because of the sun in your eyes. And me doing this video. So, like, resistance uses up so much. I'm working on it. Look, look, we're in front of trees, we'll find a spooky house to look at the decorations. How about that? That would be cool.

So sometimes people think that because I practice radical acceptance that that must mean that I'm just okay with anything. Everything's just fine with me. I have no boundaries, I have no limits. My kids do whatever they want. And they people ask me that a bunch actually, because they just make that assumption. And I'm telling you there are like so many I want to make a list sometime of one end of the spectrum and the other end of the spectrum, and my whole work is about that middle spot. That equilibrium, that sweet spot in the middle. Where no you don't have to say no to everything and shut down every single thing and resist everything based on fear. And then you also don't really get cool. What have you know, like there's something really cool. Okay, I'll roll up the windows. That was partly a trick to distract you, sir. Do you want a toy? Okay. You do? Okay, I know. Me. Well not like at the store my bro. I'm talking about a toy that's already in the car. Hold on, it's gonna be a little hard for me because I can't reach it. Alright, so just hang in there been.

So what I'm saying is now it's an energy allocation. When to accept things. You get to then take all the energy that that was resisting something that is none of your business. That is not for you to change his times job to change. It's one of the one of the great things I heard about in church or heard in church. A couple of years ago, you probably heard it a million times. I just heard that one time. But, and again, if you don't believe in God, you just call it Life. I mean, I call it Life love God, collective intelligence, universe energy, like I call it all the things, and but I'm just gonna say God right now, God's never early, he's never late. He's always on time. So you pushing something really hard to try to make some kind of change in your life is you trying to play the part of the universe and and nature and how things should go.

So my commercial? Yes. You want a chocolate shake? Wow. Ooh, that sounds good. At the store, okay, but if I go to the store the sun go in your eyes. Oh, wow. That's a dilemma. Oh, let him think about that for a minute. Sir, putting up with today, obviously, I'm letting my wife keeps sleeping because not sure what's going on. So chocolate shake at Target who I want to go to Target? Maybe we should. Toy at Target. So but what about Santa Claus?

So um, the another thing I want to say is the rest of that saying or is it? No, it's like the prayer that people say in a my mom embroidered it I was actually put a picture up here of it. It's really beautiful. I've had it for a long time. It's in my walk in closet. And it says, God grant me the serenity to accept the things I cannot change. Now. That's what I'm talking about. You've got to decide, can I change this? Does me being mad about this? And putting someone down and making them feel small and ragging on them and nagging them? Like, is that worth anything? Is it working? Is it working? Is it working? That's the number one question is me trying to change someone working? It's not working. And it won't because people don't change till they want to change if you're trying to change things that are other people's business or not your business at all. Because they're God's business or the universe's business.

You're wasting so much energy. And I'll bet you it's an excuse. Because you don't want to deal with your own life. That is what we do. It's not just you. It's not just me. That's what we do. Okay, so that's that. So except serenity to accept the things we cannot change courage to change the things that we can. I'm all about that. That's what coaches do. We're like home on, hype you up, get out all those beliefs that you have that don't support you doing what you want, and creating courage and inspiration, motivation, devotion to the thing that you want. I read a quote today to motivation doesn't matter if there's devotion, I don't need to be motivated to take care of my baby.

Jeff Wilmore wrote that and I'll send you to his page. He's amazing. He's my mentor. He's a reason. I mean, I don't even talk to him that much. But who he is, is there a reason that I'm doing this business? I almost was like, going to be someone's executive assistant or something on Indeed, and I ended up he goes, nope, nope, you got to do the team thing, right? And so anyway, he's brilliant, and undoing the team thing. Like what it turned into. It's brilliant. It's wonderful. He was so right. And I had courage and his belief in me gave me courage.

So there's that and then the wisdom to know the difference. God give me the grant me the serenity to accept the things I can't change wisdom to know courage to change the things again and wisdom to know the damn difference. And sometimes we are so sucked into what we're sucked into, that our wisdom eludes us. And so that's what we need to access is our higher self, our wisdom, then our courage, if it turns out that it is our business to get involved, if it is our thing to change, then we deal with that, but I would like you guys today to make a chart a T chart to columns, okay. Shit, I can control shit I can't control Write your name like There's me I ship Vanessa can control ship Vanessa can't control. And I want you to realize that there are so many things I want you to challenge everything on your to do list and say, Is this really in my control? Is this truly my business? Or is this someone else's journey and timing and nature and making, you know, making things happen as it as it really should not on your schedule to make you feel better to make me feel better.

So life is more convenient for us. Like we end up causing way more trouble by forcing something then by by accepting it. So no, you don't have to be a Yes, Mom. Yes, dad. To be accepting. You just have to know what's worth handling and what is not. And when you keep handling you're exactly men. And when you are always harassing your kids and your spouse, and who knows who else about things that they should do different. I promise you, you're the problem. I know that just don't really mean it made me laugh for it, because it sounds so mean. But you've got to get that it's highly likely that your energy in that way is a huge part of the problem. And I actually think you already know that. You just don't know what else to do.

So segue Vanessa, that was I'm clapping because that's such a good segue. So if you don't know what to do, because you want to get through to your teenager, and you want to get through to people, your spouse, like people in your family, Can we clap? Can we clap then I want you to get into my free virtual workshop. It is awesome. It is so good. It is so freaking good. The the content is amazing. And it's November 1 through fifth next Monday through Friday, it's on my Facebook group, you just have to go to this link and I'll put it below but I'll tell you now, it's get through to your team.com and then I have a sales page there and then it's free. You don't pay anything you just have to put your name in so I can get you the emails so that you know where to go to get all the stuff. And that's it you have to be there. I know how to make that bridge happen between the things you really should be controlling and working on and not accepting and you making change and having the effect that you want to have like I know how to do that. I did that for a living. Alright, pay, pay this car payment with that knowledge. Let me help you. Let me love you. Alright, have a good day. Bye. 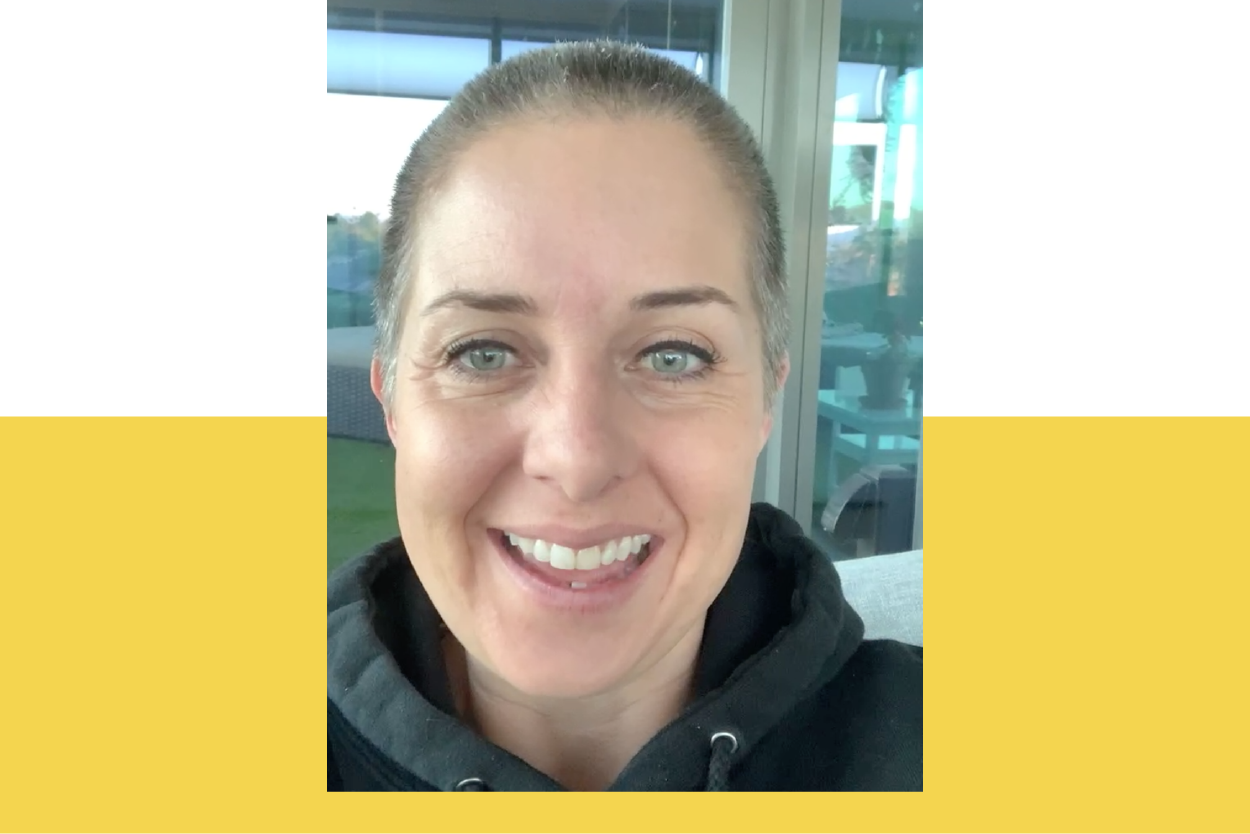 Do You Want More Than They Have to Give Right Now?

Parenting is hard! This is a training on letting go of expectations and how it works in your favor, big time.
Read More 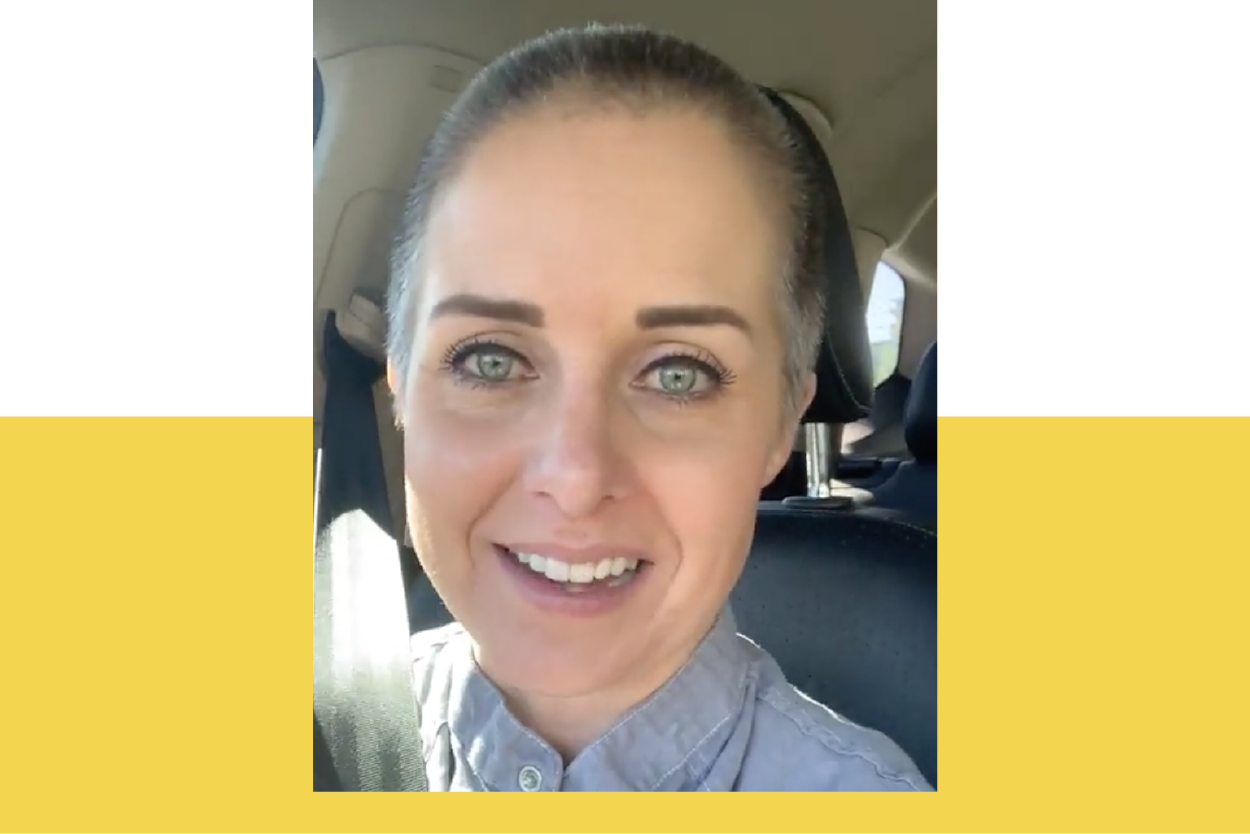 How to exit the control game and why!
Read More 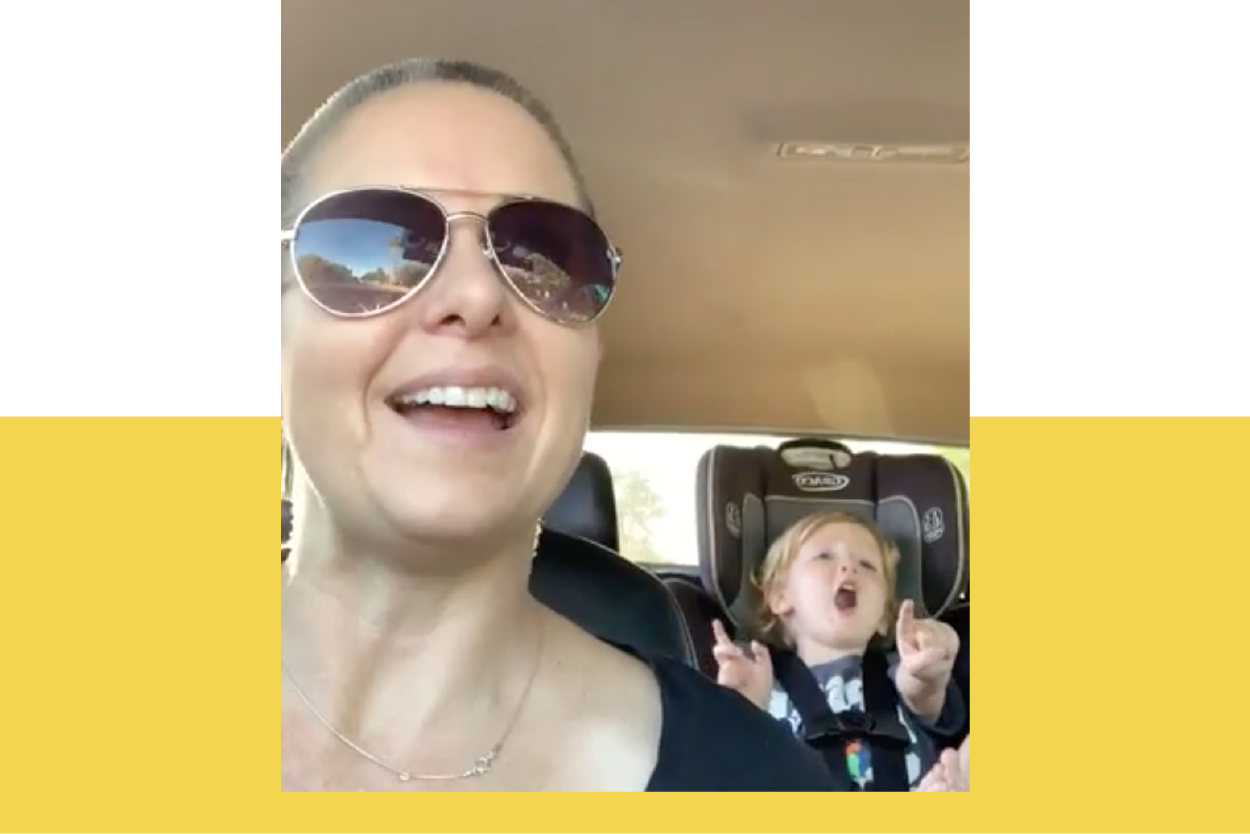